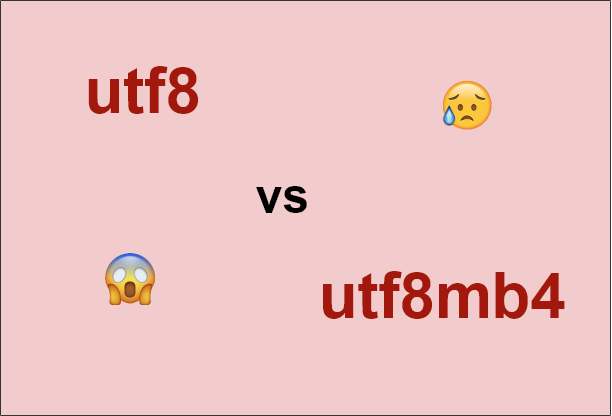 In case you may not know this, MySQL’s “utf8” is not the same as UTF-8 ! And, to my knowledge, this is happening in all MySQL flavors (MySQL, MariaDB, PerconaDB, etc). The “utf8” (also known as “utf8mb3”) encoding supports up to three bytes per character. The real UTF-8 encoding uses up to four bytes per character. ( I am saying “up to” because, as you may know, UTF-8 uses as less bytes as possible, based on the character that needs to be stored).

Note: The original UTF-8 specifications supported up to six characters but this changed in 2003. Now, it is four.

In most of cases, 3 bytes would be enough and you may have not noticed any problem till now. However, problems start when you try to store “special characters” (like emojis) in a CHAR, VARCHAR or TEXT column that is defined as utf8. You will get an error like that:

In case of JSON-encoded strings, you may have not notice this issue if you are storing them in a column with JSON data type. And that’s why MySQL 5.7 (where the JSON data type was introduced) stores JSON only in the utf8mb4 encoding….which means, it uses 4 bytes for JSON. Yes, “utf8mb4” was MySQL’s answer (in 2010) to the problem!

Since MySQL 8, utf8mb4 is the default character set. MySQL 8 has also implemented some optimization on utf8mb4, so using utf8mb4 in MySQL 8 is much faster than using utf8mb3 in MySQL 5.7 (according to Oracle). 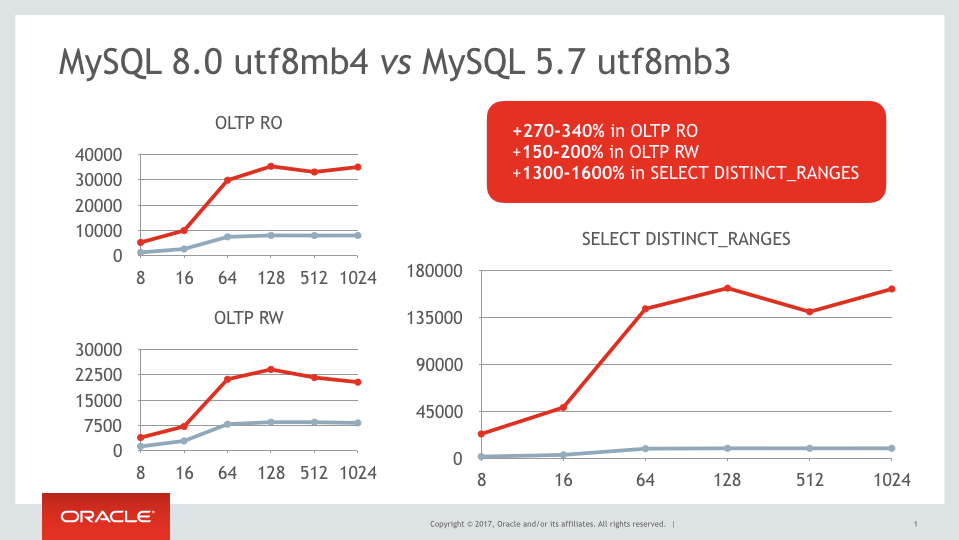 A nice article that elaborates more on this issue can be found here.

You can move from “utf8” to “utf8mb4” using the following SQL commands:

A nice article on doing such a migration can be found here .

Watch out for index length limitations:

Index limits explain the potential use of the third SQL statement mentioned in the previous section.

Finally, a nice and basic introduction to character sets, Unicode and UTF-8 can be found here .